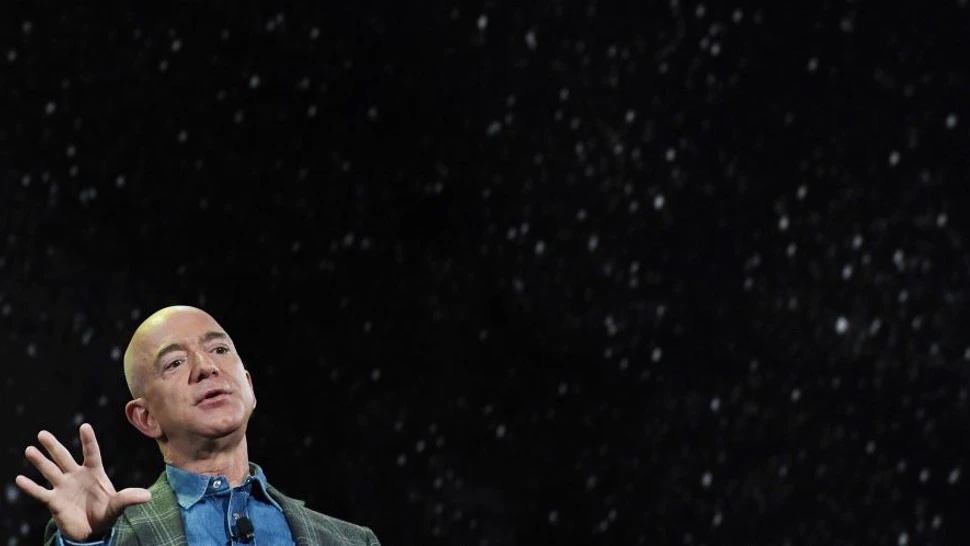 Amazon founder Jeff Bezos, one of a slew of billionaires who are ignoring all the woes on Planet Earth as they head to space on their own private rockets, acknowledges that their flights “are just joyrides.”

In an interview, Monday on CNN, Bezos — whose Blue Origin rocket is set to blast into space on Tuesday — was asked by host Rachel Crane about his upcoming flight. “There have been a chorus of critics saying that these flights to space are just joyrides for the wealthy and that you should be spending your time and your money and energy trying to solve problems here on Earth. So what do you say to those critics?”

“Well, I say they’re largely right. We have to do both,” Bezos said. “We have lots of problems here and now on Earth and we need to work on those, and we always need to look to the future. We’ve always done that as a species, as a civilization. We have to do both.”

Bezos defended the space flights, saying Blue Origin’s mission is about opening space travel for everyone. “If we can do that, then we’ll be building a road to space for the next generations to do amazing things there, and those amazing things will solve problems here on Earth… So, the real answer is, yes, we have to do both,” he said.

The billionaire will soar into space on his company’s New Shepard spacecraft, a 60-foot-tall rocket-and-capsule combo that is completely autonomous, meaning no pilot will be aboard. Instead, the rocket will be controlled by flight engineers on the ground from a facility in the desert plains of west Texas.

Bezos and his crew — which includes the oldest and youngest people to ever go to space, 82-year-old female aviator Wally Funk and 18-year-old physics student Oliver Daemen — won’t be gone long. The flight is scheduled to last just 11 minutes. Bezos’ brother Mark rounds out the passengers.

Blue Origin says its spacecraft is ready to go.

“Blue Origin has been flight testing New Shepard and its redundant safety systems since 2012. The program has had 15 successful consecutive missions including three successful escape tests, showing the crew escape system can activate safely in any phase of flight,” the company says on its website.

The Shepard spacecraft, named after Alan Shepard, an astronaut who in 1961 became the first American in space, will soar 62 miles up before the capsule re-enters the atmosphere and returns to Earth by parachute.

Bezos will best Virgin Galactic’s Richard Branson, who earlier this month flew to 53 miles above Earth as he became the first person in history to use his own vehicle to go to space.

Before Branson’s flight, Team Bezos threw some shade at the billionaire.

“Only 4% of the world recognizes a lower limit of 80 km or 50 miles as the beginning of space. New Shepard flies above both boundaries. One of the many benefits of flying with Blue Origin,” they wrote on Twitter.

And they tossed out another dig: “From the beginning, New Shepard was designed to fly above the Kármán line so none of our astronauts have an asterisk next to their name. For 96% of the world’s population, space begins 100 km up at the internationally recognized Kármán line.”

But the U.S. puts the line of outer space at 50 miles. “It’s also roughly the altitude that was used by the U.S. Air Force in the 1950s when it gave out astronaut wings to test pilots who flew over 50 miles (80 km) high,” according to astronomy.com.

On July 10, Branson won the space race among his fellow billionaires, becoming the first earthling to soar into space in his own vehicle. In a roughly 14-minute flight, Branson, 71, the founder of Virgin Airlines and now Virgin Galactic, beat out Bezos and fellow billionaire Elon Musk, whose SpaceX company plans to soar even higher in a September flight.

About 500 people, including Branson’s wife, children, and grandchildren who had gathered at a runway in Truth or Consequences, N.M., cheered when the space plane landed.

achristi4 May 19, 2021
Hop Into Spring With Our Beauty Tips, Products and Trends For Spring 2021 Issue