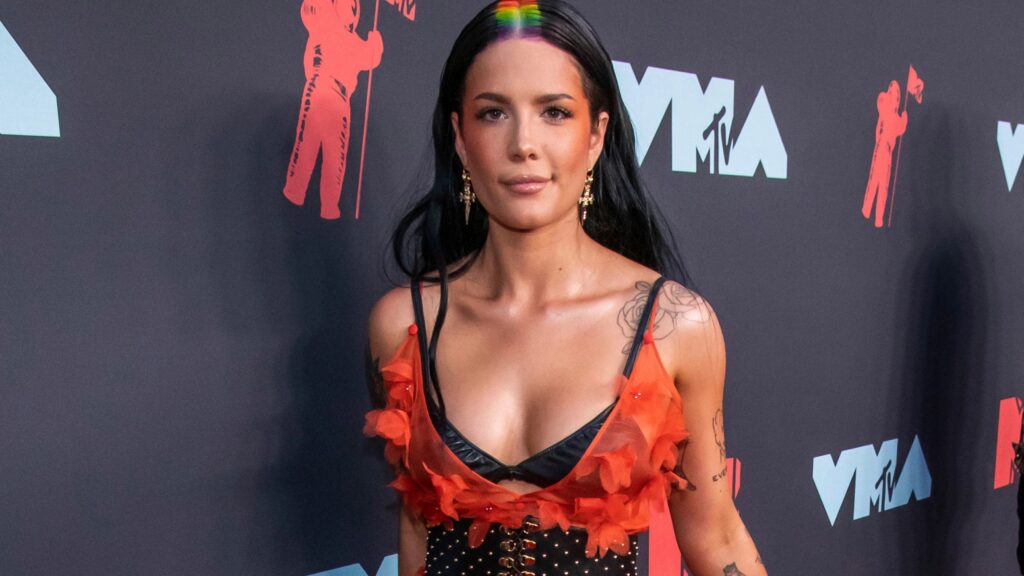 Halsey has welcomed their first child into the world.

The singer posted two tender snapshots of herself, partner Alev Aydin and their newborn on Instagram Monday.

“Gratitude. For the most ‘rare’ and euphoric birth. Powered by love,” Halsey wrote, revealing the baby’s birthday to be July 14 and name as Ender Ridley Aydin.

In January, the “Bad at Love” singer announced she was pregnant with a semi-nude photo shoot on Instagram in a rainbow bikini. The outfit, partnered with the rainbow emoji in the caption, led some fans to remark that the artist was carrying a rainbow baby ― a term used for a child born after the family previously lost a child due to miscarriage, stillbirth or death. Halsey changed their pronouns to she-they during her pregnancy.

For the August issue of Allure, Halsey shared a bit of their pregnancy journey with fans and said she only took prenatal vitamins the first two months because she was vomiting “really bad.”

“I had to make a choice between taking my prenatals and throwing up or maintaining the nutrients I did manage to eat that day,” she told Allure. “I was on so many medications — Diclegis and Zofran and all these anti-nausea, anti-vomiting medications. I went to my doctor, crying my eyes out, and I was like, ‘I haven’t taken my prenatals in six weeks. Is my baby okay?’ I was so angry with myself. You have one fucking job! One job! Take your prenatals! Your body’s doing everything else, you can’t even do that. I felt like such a failure.”

ince then, Halsey said, their doctor gave them a clean bill of health. She also added that she had cookies and a bagel “every single day for the first five months of my pregnancy.”

We’re so happy for Halsey that it all worked out. Congrats to the new parents.