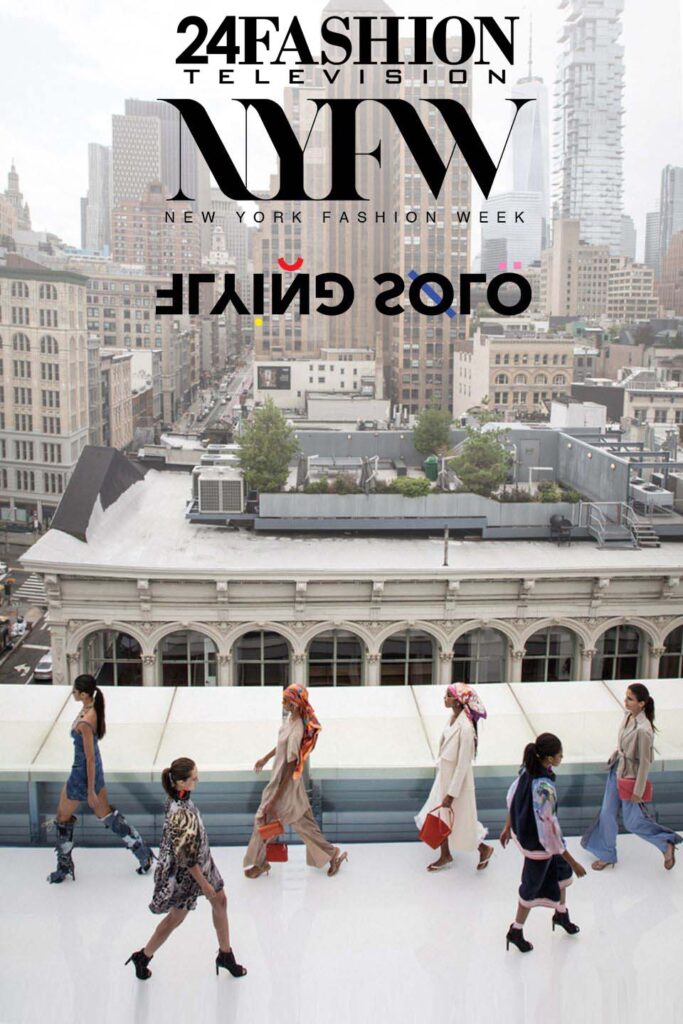 Flying Solo is pleased to announce its biggest show ever this fall, with more than 110 designers showcasing over 500 looks from over 25 countries. Having persevered through the pandemic with both Paris and New York shows, Flying Solo will once again host this not-to-be-missed event on a Soho Rooftop against the dazzling backdrop of the Manhattan skyline.

New York Fashion Week is back and bigger than ever with lots of designers coming to debut their collections exclusively at NYFW. This fall Flying Solo NYFW runway show will take place on September 12th and bring a record 110 designers spanning 25 countries to showcase more than 500 looks on the runway atop the Manhattan skyline.

The dazzling rooftop venue will also enable designers, press, and fans who are unable to attend in-person to view the show on 24Fashion.tv, Roku TV, and Amazon Fire TV. 24Fashion TV is sending a TV host, Ali Ward, to cover the event and record exclusive interviews.

Flying Solo – the US biggest platform for independent designers – embodies the strength and spirit of New York City as a global fashion force in the industry by attracting brands from all over the world. “Together we are stronger, and we make a mark in the fashion world”, co-founder and executive producer of the NYFW show Elizabeth Solomeina says. Flying Solo’s unique retail and runway model was recognized early on as the “model of the future” by The New York Times and was dubbed the “future of fashion retail” by WWD. In the five years since its creation, Flying Solo has become a staple in fashion-forward SoHo, and “is proof that a collaborative model offers the flexibility and resources independent designers need to survive and thrive in the face of difficult times”, adds Solomeina.

And the numbers speak for themselves the wider fashion industry was significantly disrupted by the pandemic and many big players and retailers reduced their brick-and-mortar presence and closed stores. Meanwhile, Flying Solo grew to over 250 designers in its iconic SoHo boutique, and now commands a waiting list for a further 1,500 more who seek to leverage the distinct retail model.

The show will be held in partnership with Makeup Academy, which supports Flying Solo’s showcase with their team of talented artists for hair and makeup. Other partners include Boxed Water and Kansas Whiskey. Head Stylists Alina Kotsiuba & Stasi Berezovskaya. Media partners are 24Fashion TV and Fashion Week Online.