Chrissy Teigen apologized Wednesday for repeatedly sending nasty messages to a then-16-year-old Courtney Stodden. Stodden, 26, opened up to The Daily Beast this week about how numerous celebrities have hurled harsh comments her way over the years, including Teigen.

In 2016, Stodden’s mother approved the then teen’s marriage to a 50-year-old actor and during this time, Teigen apparently harassed Stodden and even sent her death threats via Twitter direct messages.

“[Teigen] wouldn’t just publicly tweet about wanting me to take ‘a dirt nap’ but would privately DM me and tell me to kill myself,” Stodden told The Daily Beast. “Things like, ‘I can’t wait for you to die.’”

As reported by The Daily Beast, Teigen told Stodden it was her “fantasy” for the teen to take a “dirt nap.” and also encouraged the minor to kill herself via private messages, Stodden said. The messages have been since deleted.

“Not a lot of people are lucky enough to be held accountable for all their past bullshit in front of the entire world. I’m mortified and sad at who I used to be. I was an insecure, attention-seeking troll,” 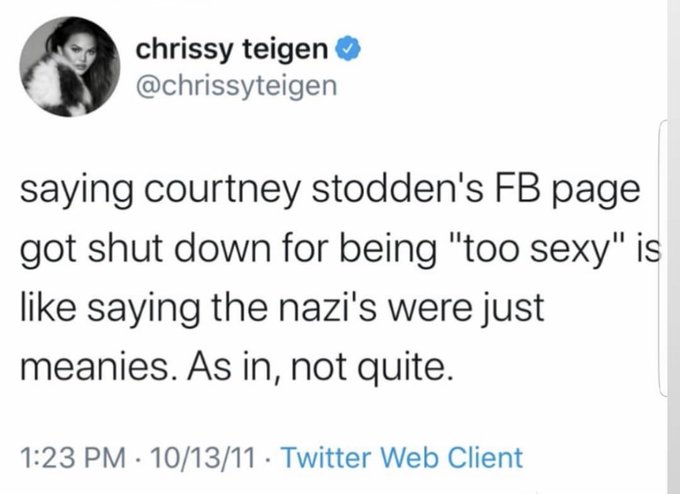 “I am ashamed and completely embarrassed at my behavior but that is nothing compared to how I made Courtney feel.”

“I have worked so hard to give you guys joy and be beloved and the feeling of letting you down is nearly unbearable, truly. These were not my only mistakes and surely won’t be my last as hard as I try but god I will try!!” 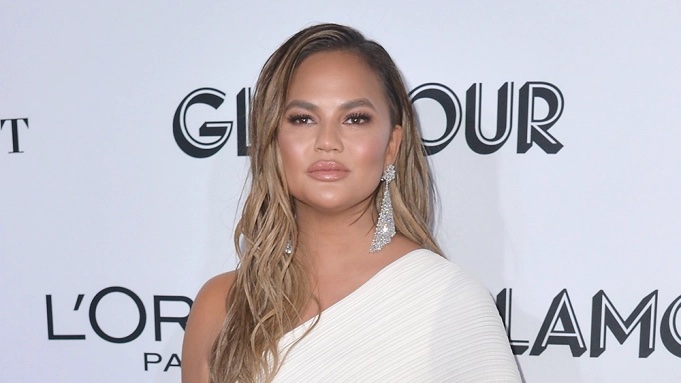 Apparently, because the deleted posts from Teigen have resurfaced, she is now ready to publicly apologizing but according to Stodden, Teigen has never apologized for her behavior, even as she continuously complains about online “trolls.”

The Daily Beast posted screenshots of Teigen’s now-deleted vile messages to the teen:

“@CourtneyStodden what drug makes you do that with your mouth? asking for a friend who really wants to look like an idiot. thanks.”

“@CourtneyStodden do you have a family.”

Retweeting Stodden, Teigen posted: “Why do you speak like a Fabio book?”

Teigan announced that she was leaving Twitter in March.

achristi4 May 19, 2021
Hop Into Spring With Our Beauty Tips, Products and Trends For Spring 2021 Issue